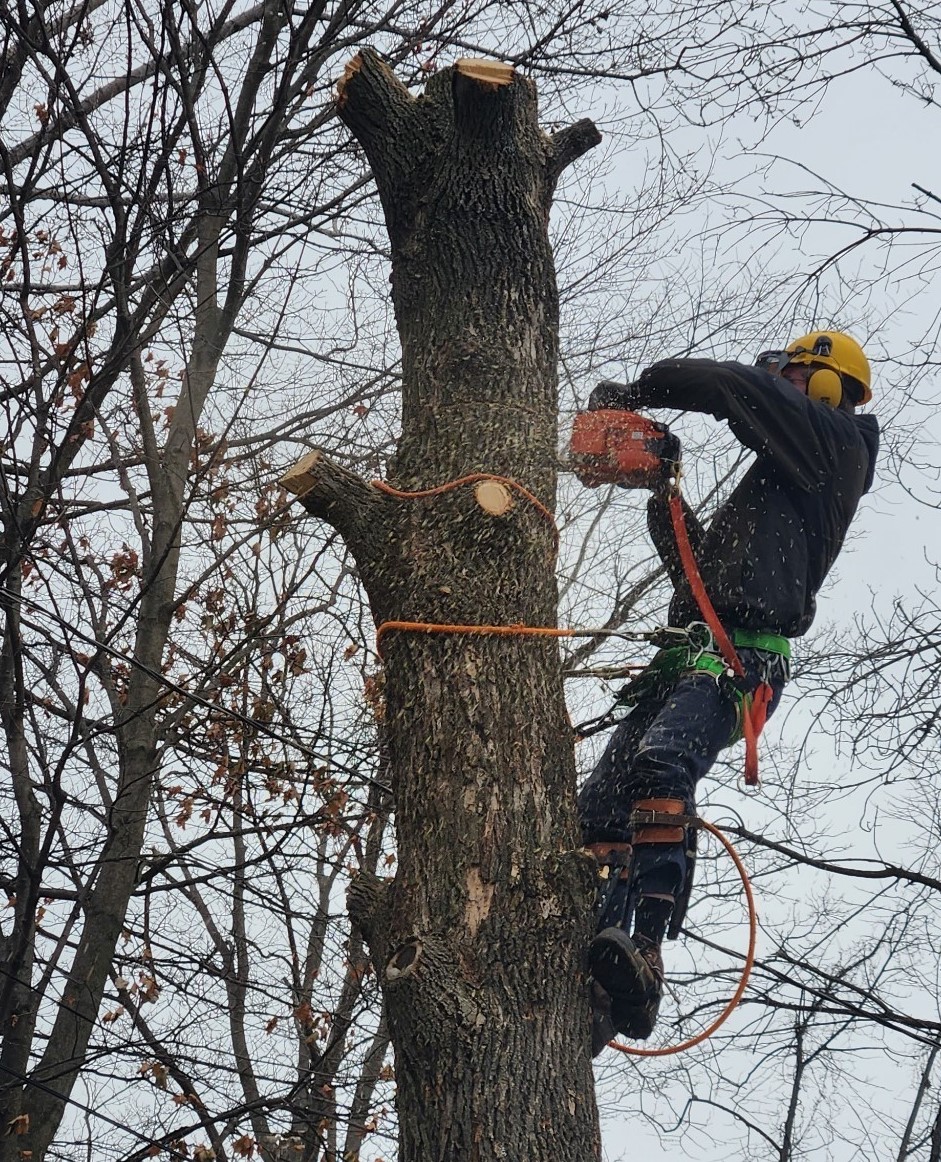 While trees are a nice feature of most properties, sometimes trees need to be removed. There are a variety of reasons to remove a tree. Sometimes, trees die and need to be removed. Many trees in the Webster, NY area have died or are in the process of dying from diseases such as Rhizosphaera Needle Cast, which affects spruce and fir trees, or insects, such as the Emerald Ash Borer. The Emerald Ash Borer affects ash trees, such as the tree shown in the photo above, which had to be removed. Other times, trees may have outgrown their location, or are “nuisance trees”, such as willow or cottonwood trees that tend to drop branches, leaves, and twigs much of the season.

Regardless of the reason you need your tree removed, you can count on Paul’s Landscaping of NY, LLC to provide high-quality tree removal services. Unlike some companies that use bucket trucks or large lifts, which can damage your lawn by leaving large ruts, we can usually  climb trees, using a climbing harness, rope, and spikes, allowing us to cut the tree down in sections. This method allows us to minimize unnecessary turf damage and allows us to remove trees that are not accessible via lift due to difficult terrain or inadequate road access. If necessary, we rig the tree by using ropes and pulleys to gently lower the tree limbs and sections of the trunk down to ground. This can help to avoid damage to surrounding houses, fences, etc.

After the tree is cut down, we clean up the debris and haul it away for disposal. If desired, Paul’s Landscaping of NY, LLC can have the stump ground and the wood chips to be removed (if necessary) and topsoil and grass seed to be installed. This can save you time, rather than having to call three separate companies, and leaves you with a finished result. Call Paul’s Landscaping of NY, LLC today or fill out the request an estimate form to get your tree removal project underway. Paul’s Landscaping is fully insured, carrying both General Liability Insurance, as well as Worker’s Compensation Insurance coverage on all employees.